Interface responsiveness is markedly advanced, searches involving massive amounts of data are fast, and hardware filtering is flexible and pow­erful.

The Kodiak platform, with its field-proven BusXpert (TM) software application, is built to tackle the challenges presented by the complexities of rapidly advancing storage and datacenter I/O technologies. 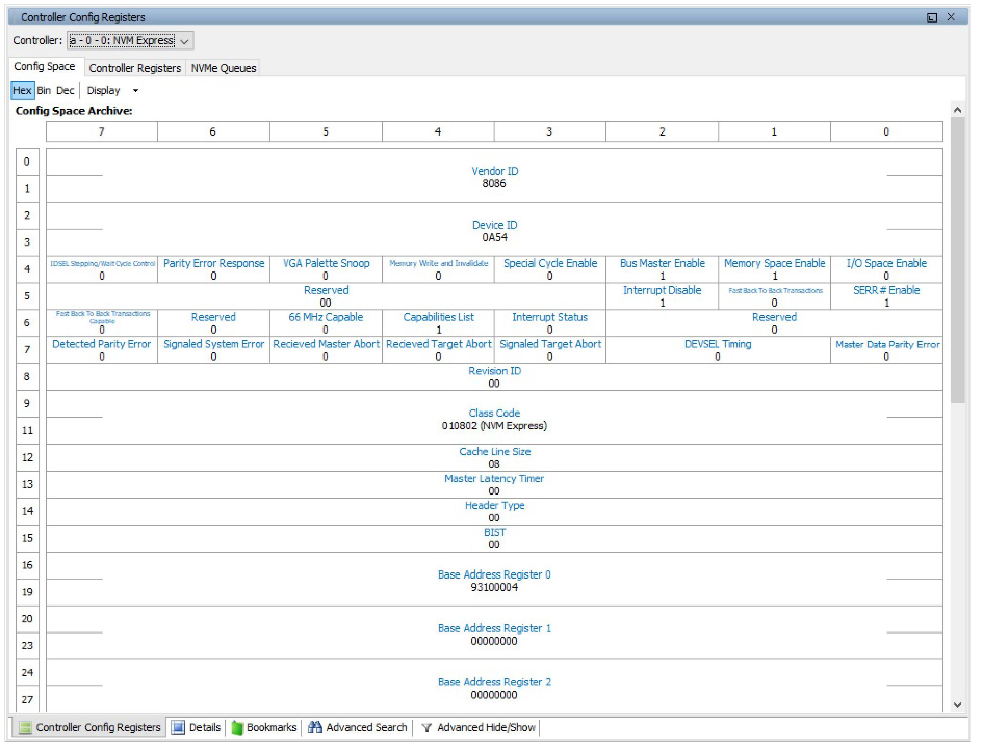 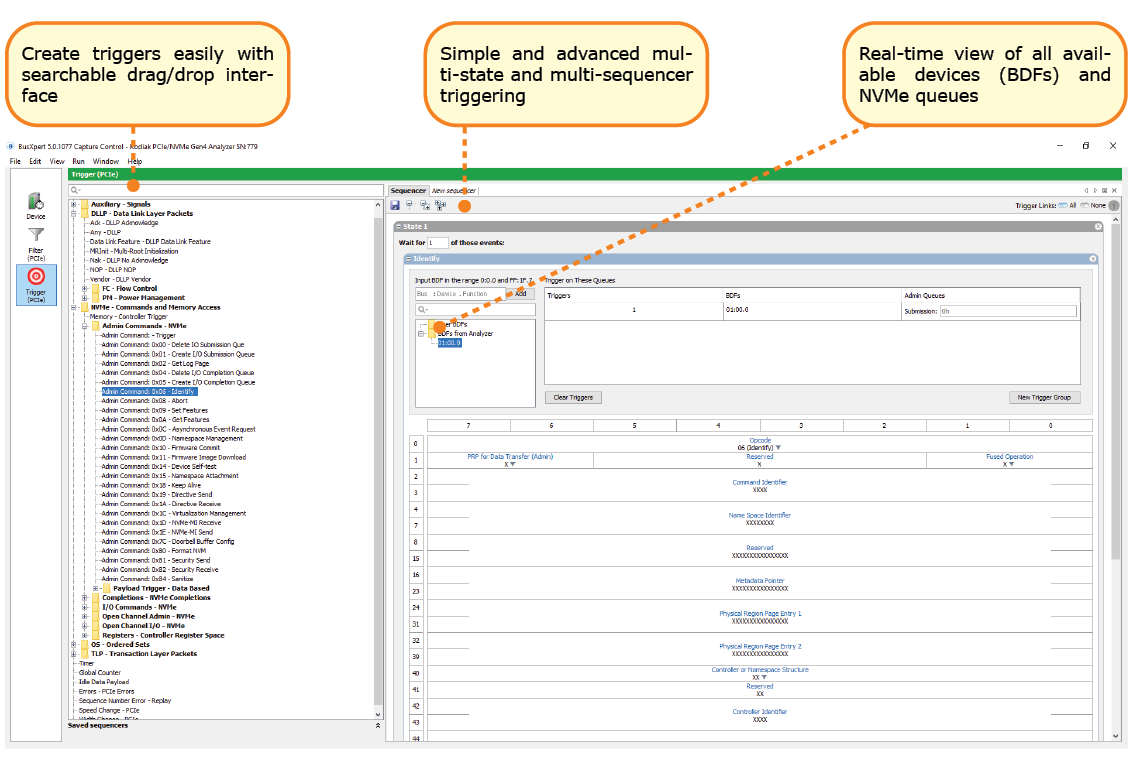 SI-Fi™ interposer form factors include AIC (x4), M.2 (x4), U.2 (x4), and U.3 (x4). Additionally, U.2, U.3, single-port (1×4), and dual-port (2×2) analysis can be combined into one interposer unit, providing significant cost savings in enterprise environments where all form factors are required. SI-Fi™ interposers also support all relevant sidebands, including SMBus (e.g., NVMe-MI) from the host or from external / third-party injection or generation tools.

Kodiak includes two 10GbE SFP+ ports and a GbE port to offload trac­es to a host computer or network and internal SSD trace storage of up to 2TB (with read-only access for other users). Direct attach storage choices include two USB 3.1 ports and two PCIe 3.0 OCuLink ports.

Transparency in Probe Design is Key

Driven by the need for ever-faster data transfers, PCI Express signaling has become exceptionally complex in design and difficult to monitor unobtrusively. Signal conditioning methods used for PCIe Gen1 and Gen2 now seem primitive compared to the complex approaches used for PCIe Gen3 and Gen4. Further challenges are presented by NVMe, which adds critical requirements like hot-plug and NVM Subsystem Reset (NSSR), where the PCIe signals are renegotiated. SerialTek’s proprietary SI-Fi™ technology directly meets and overcomes these challenges with the features and capabilities needed to work efficiently.

With SerialTek’s SI-Fi™ interposer technology, the transmitter threshold and pre-emphasis from one link partner reaches the receiver of the other link partner, so the link properly trains to optimum conditions, making the interposer as transparent as possible.

At the core of this technology is a highly specialized linear amplifier design where PCIe analog signals are received at a differential input and distributed to two separate phase-matched differential outputs with a nominal, idealized gain of 0dB. This approach results in easier set up of the analyzer and product under test and avoids a variety of limitations inherent to other probing approaches where link training sequences don’t pass through the interposer.

No Need for Calibration

With SI-Fi™ technology and Kodiak’s adaptive EQ capabili­ties, users can save hours in setup time. And if the link characteristics change (e.g., Hot Plug or NSSR), Kodiak can follow those changes dynamically, ultimately saving your test.

I’ve been using protocol analyzers for 31 years and PCIe analyzers and interposers extensively for the past 5 years. We use them for important assignments that affect revenue and customer satisfaction,” said John Wehman, Principal Applications Engineer at Phison Technology. “With other analyzers I have had to abandon my testing many times, because I could not find a good quality signal lock. SerialTek’s Kodiak analyzer and SI-Fi interposers have changed all that. I have 100% confidence in Kodiak’s ability to achieve lock and give me the trace I need to do my job. Kudos to Ellisys and SerialTek for creating not only an electrically reliable platform, but the actual mechanical hardware itself is beautiful. 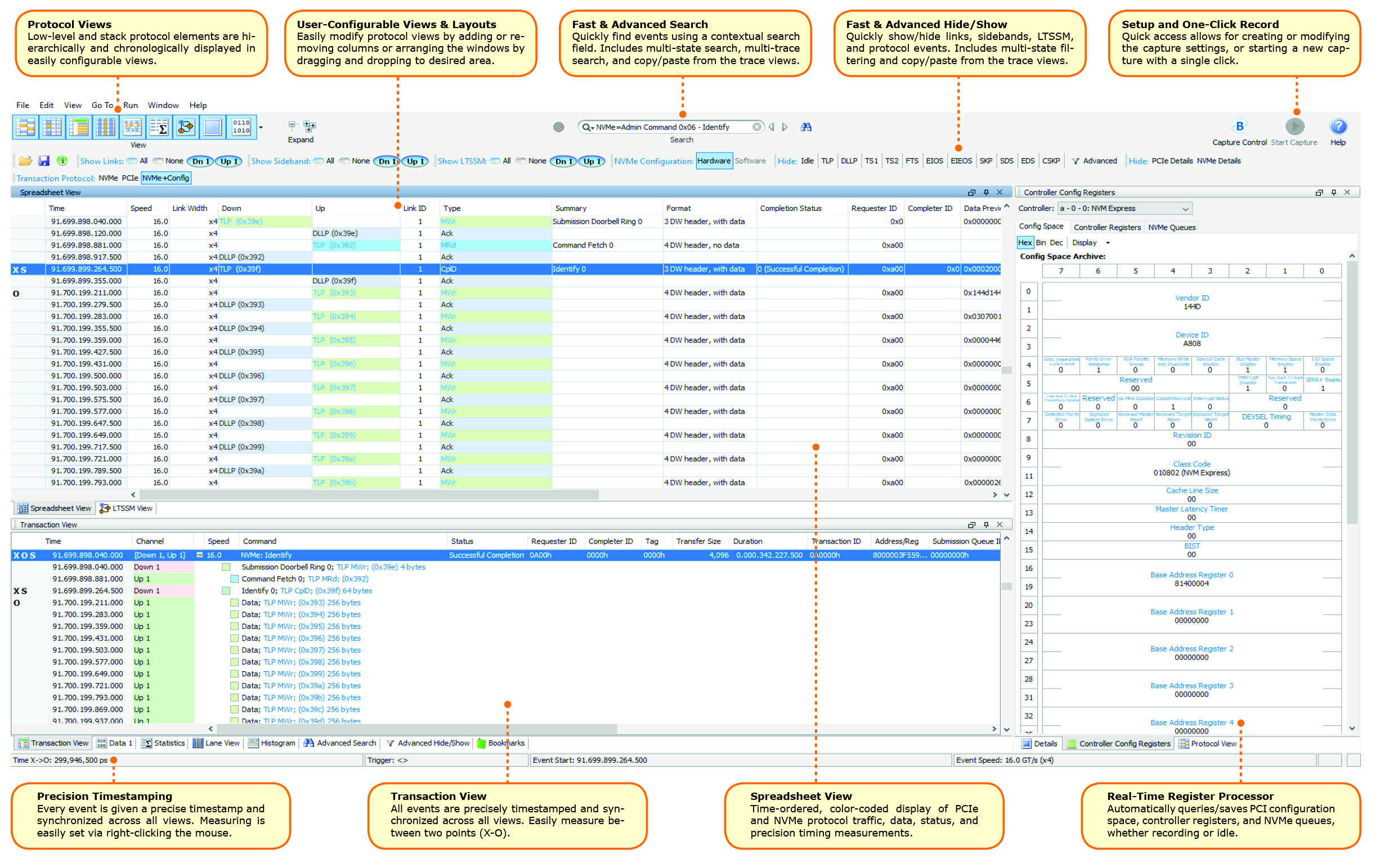